Happy New Year! It’s that time again that we fondly look back at this past year’s shows, and eagerly forward to what 2019 means for Ground Floor Gallery + Studios. 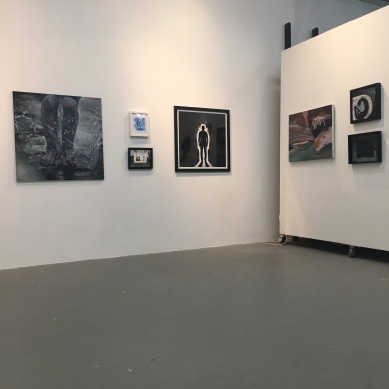 Ground Floor’s Matt Christy curated, My Own Worst Enemy, a show that featured paintings with a sense of individualism’s relationship with the weight of the world. Christy’s work was included along with Lindsey Campbell, Joe Christy, Kevin Dietz, and Chris Worth.

Another studio artist, Kim René, had a solo show titled Flow. She gave us beautifully atmospheric paintings that explored the fluidity of nature.

This past year has also been great for Ground Floor Gallery’s individual studio artists outside of our gallery! Founder/Director, Janet Decker Yanez, had a solo show, Evolution, with Galerie Tangerine. Amanda Brown was also featured at Galerie Tangerine in Ruche. Georganna Greene presented a solo show, Adagio, at Red Arrow Gallery, and Matt Christy was included in a group show at Track One (Matt also opens a show TONIGHT at The Red Arrow Gallery, The Vibrating Neighbor which runs through February 16th).

Catherine Haggarty joined us in curating our 6th Annual International Juried Exhibition, Rhythm & Rush. All submitting artists were featured in a book published by RD King and Extended Play. Haggarty selected Noemié Jennifer’s Onrush as “Best in Show,” awarding her a solo exhibition at Ground Floor in 2019.

Other artists included in the gallery show: 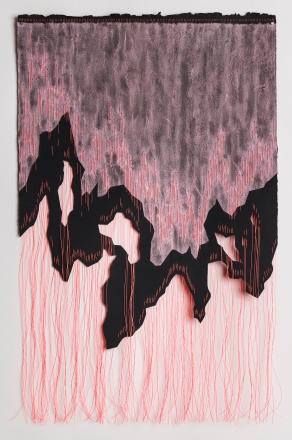 We are looking forward to Jennifer’s upcoming show this new year!

Keep in touch…2019 is also bringing us solo shows by Amanda Brown, and Bobby Becker, button making opportunities from The Button Project, and more. Cheers to 2019!